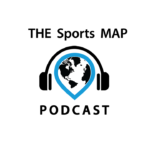 In this 15th Episode of The Sports MAP Podcast we chat with Kristian Thorborg a wide range of topics in Sports Physiotherapy. Kristian is a professor of Orthopedic and Sports Physiotherapy and prolific researcher on many topics including groin, hamstring, tendons & ankles. In this episode we chat to the following topics:

In this 14th Episode of The Sports MAP Podcast we chat with Dr Jullan Feller about all things knee surgery. Julian is one of the most renowned orthopedic surgeons in Australia and is the 'go to' knee surgeon for the top Australian athletes. We discuss a number of topics including:

In this Episode #7 of the Sports MAP Podcast we chat with Enda King around his approach to the Rehabilitation of Complex Athletic Groin Pain using a case example.

Scott Epsley is the Director of Physiotherapy & clinical diagnostics at the Philadelphia 76er's in the NBA.

In this episode we chat about:

We hope you enjoy this episode of the Sports MAP Podcast. If you do, please let us know by leaving a review and sharing via twitter & Facebook.

This is episode is brought to you by IMeasureU

* Side note: In this episode Scott mentions the use of IMU in his practice. This comment was not related in any way to the sponsorship and were completely unsolicited as part of the podcast.

Bruce Hood (Hood 2009) in his book “Supersense: why we believe in the unbelievable” makes a couple of quite pertinent points. He outlines a simple experiment he uses in his presentations where he presents to the audience ‘the pen’ (he admits to stretching the truth here) that Albert Einstein used. The object causes a sense of awe with people wanting to touch it. Immediately after, he offers up an old cardigan which he asks if people would like to try on (maybe that was Albert’s as well). After he has a few takers, he lets it be known that it used to belong to an infamous serial killer -whereupon all of the takers tend to withdraw. As a group, we tend to apply an irrational, supernatural spirituality to objects. This is displayed economically by a painting, supposedly by a grand master being worth millions one day, and nothing the next when described as a fake. Now before all you extremely analytical people jump up and say “I would wear the cardigan” or “I think both paintings are of equal value” this supersense actually extends to the essence of what forms human relationships.

Hood (Hood 2009) further points out that whilst humans do have the capability to make judgements and to reason, there are parts of what make us human and makes our society function that rely on things that go beyond the boundaries of rational analysis. The unconditional love of a mother, the warm feeling you get when you see old friends (in fact having old friends) or being attached to an heirloom from a dead parent, are all examples of emotional based responses that we just accept as ‘normal’. Now again there maybe a few (hopefully only a few) that are still saying, “I feel indifferent about my mother/kids”, “Old friends, what have they done for me lately!” and “I only like new shiny stuff”. If this is the case, it is you that is in the extreme minority. It is argued that it is these traits that have allowed humans to be evolutionarily successful. As individuals in the grand scope of evolutionary time, we are not a particularly hardy example of a species. However as a group that can divide the labour, provide protection and co-operate towards a common goal, we become far more viable. This requires that we form social bonds and these bonds require us to have something more than cold hard reason. We need to believe in something special about the people around us. Our ancestors who were able to create these bonds would have been more successful (finding food, protecting children) and these traits would have entered and then dominated the genetic pool.

In describing the vagaries of evolution theory, in particular evolution of the human cortex, Granger and Lynch in their book “Big brain” point out that we often fall into an evolutionary fallacy (Granger 2008). We often believe we humans are carefully planned, rather than Mother Nature throwing a dice with the DNA and seeing what comes up. Granger and Lynch point out there is no specific reason for why we have 5 fingers (4 or 6 may have been equally as good), but it was a piece of genetic code that was shared about (eventually) amongst a great number of species that worked and didn’t seem to need changing. As a trait becomes more engrained in the success of a species (and then subsequent off-shoots) the less likely there continues to be variations in the code of that trait. Also, it is not only attributes that may bestow some sort of evolutionary advantage, but also those that don’t create too much disadvantage, that can be passed on. Over time these successful (or not too damaging) adaptations form modular patterns within the genetic code that tie together numerous traits and show very little variation. The characteristics of mammals of a spinal cord, head , tail, four limbs, two eyes, two ears and highly similar circulatory, digestive, reproductive and nervous systems, is quite consistent. Furthermore, many of these traits were perfected well before mammals and are borrowed from further back along the evolutionary chain.

Returning to the brain, one of the arguments regarding the evolution of brain size is that increases in brain size are as a result of need, due to changes in behaviour. As our behaviour became more sophisticated, the brain grew to cope with it. Granger and Lynch (Granger 2008) point out that this is somewhat Lamarckian (inheritance of acquired characteristics) and perhaps falling into the above fallacy that our characteristics were carefully planned. They argue that increases in brain size are largely accidental and it is then the behaviour of the species that has to adapt to the rather high biological cost of having a bigger brain. In their words, “Brains are expensive”. Brain cells use up about twice as much energy as the other cells in the body. Bigger brains require longer gestation periods and necessitate longer development to maturity. For humans to survive the genetic code that gave us our big brains had to also encode behaviours that allowed us to pay the cost.

Let’s get back to me on my icebergs and my shivering interpretation of all this. I would argue that for humans to pay the cost of the big brain, the behaviours required would be to create social units that allowed for greater protection and food gathering capabilities. As mentioned earlier, these social units require more than blind brain power to be effective. Whether we call it the “supersense” as described by Hood (Hood 2009) or another name, there appears to be an irrationality and a need to believe, integral in the formation of human emotional bonds. It is within these very traits that the origin of the placebo effect lies. It then may seem attractive to look at the placebo effect as an evolutionary redundancy (did no harm so no need to get rid of it). I think this is a little myopic. We modern humans have been around for about 200,000 years and have been getting sick and injured for most of that time. For a lot of that time, we have had all sorts of healers, shaman and medicine men to help us on our way. However, it is probably only the last seventy years or so (since the advent of evidence-based medicine) that we have any sort of proof that any of the interventions, libations and chants offered up to us has had any effect (helpful or deleterious) (Goldacre 2008).

So, now as I stand somewhat more comfortably than I have for years, with my two icebergs merging into one (those adductors were getting a little stretched). I think we believe because it is far more evolutionary viable to believe than to not believe.

I hope there are no polar bears around here.

We'd love to have you as a member - it's free to join!